Glaciers have been constantly retracting since the last century as a consequence of global warming. Over the past 50 years the ice mass in Antarctica has diminished significantly. The overwhelming time scale of this development is unbelievable – it took thousands and millions of years for the glaciers to grow, but they are being destroyed at an alarming rate.

“Glaciator” is an art installation placed in Antarctica, composed of solar robots that help to compact and crystallise the snow by turning it into ice, then adhering it to the glacier mass. As glaciers´ice melting is the most alarming effect of global warming, the mission of these robots is to help and accelerate the ice formation process on glaciers, allowing them to grow with the addition of snow turned into ice, regaining the mass they have lost as a result of the thaw. “Glaciator’s” ultimate purpose is to raise awareness about climate change, ice-melting and its consequences for the planet.

The robots were conceived for the 1st Antarctic Biennale and entrusted to the Quo Artis Foundation, commissioned by the cybersecurity company Kaspersky Lab. “Glaciator” also won the Prix Ars Electronics Award in the category Hybrid Art and has been presented at the OK Center for Contemporary Art during Ars Electronica 2017. 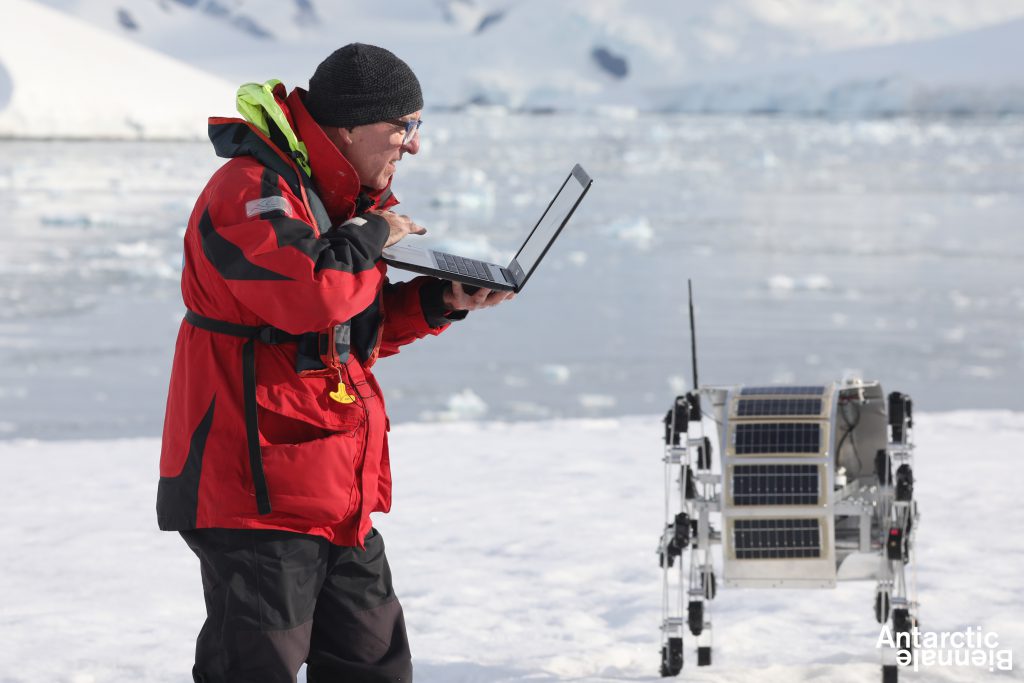 Joaquin Fargas is an artist and engineer. His work integrates the realms of art, science, and technology. The environmental and ethical aspects of life constitute his constant priority and influence over his work, which is characterized by utopian ideas. Joaquín is the founder and director of the interactive Technology Center Exploratorio with the objective to support teaching physics, chemistry, biology, environmental science, robotics, and informatics in a creative and interactive way. Joaquín is an Art and Technology professor at Maimónides University, where he founded the Bioart Lab and became its director. He was also UNESCO´s Executive Director of the Latin American and Caribbean Network for the Popularization of Science and Technology.

Kaspersky Lab is the world’s largest private cyber-security company. It has more than 300 million users spread across 200 countries and territories around the world. Under the leadership of Eugene Kaspersky, founder and CEO, renowned cyber-security and visionary expert, the company has achieved a well-deserved reputation for unmatched knowledge of local and global threats and has discovered many of the most important threats of recent years.