In the framework of STEAMConf Barcelona 2018.

Quo Artis Foundation joins this initiative to encourage and support women through the example of Ada Lovelace´s life story (London, 1815-1852), the first woman programmer in history.

In the future, 90% of jobs and decision-making positions will require mastery of digital skills. Today, in Spain, women have a presence of only  18%  in decisive positions within this sector, where the best opportunities for personal, social and professional development are located.

STEAMConf Barcelona 2018, an international education conference, at its fourth edition, wants to highlight the vital importance of implementing programs and resources that help to minimize the digital gap and gender imbalances and promote equal opportunities.

For this reason, SokoTech, EduCaixa, the City Hall of Barcelona, CCCB and Quo Artis Foundation are organising three meetings on learning, technology and gender around Ada Augusta Byron Lovelace, mathematician and physicist that developed what is now considered the first algorithm for the use of a machine.

Wednesday and Thursday activities on April 18-19 are exclusively for young adolescents and the teaching community, respectively.

A last and only occasion to participate in an immersive action on Ada Lovelace that condenses, in a 60 minute show, the extraordinary life and legacy of the mathematician.

Zoe Philpott takes the stage in a 19th century dress, equipped with 4400 LED lights that are activated by satin gloves.
It is at the same time a conference, a theater piece and a show during which the public interacts, in order to “become” the first computer in the world, using a simple program among all.

The experience highlights the importance of the achievements made by Ada Lovelace and her impact on current technology, in addition to demonstrating that each of the attendees can be part of the technology.

Zoe Philpott, accredits an experience of 15 years in the digital world and more than 20 in the field of the arts. She created the Kar2ouche virtual educational theater using game technology, her work being awarded seven BETT awards and one BIMA, in addition to being nominated for a BAFTA. She designed a choreography for 4 meters high robots commissioned by Ford, created a binaural immersive experience to raise awareness about poverty in the world, commissioned by the Nike Foundation and made an interactive installation for Google, consisting of a Christmas tree of 50 000 LED diodes in the White House. Zoe dedicates herself to update the history of women by combining all her STEAM skills in the «Herstory» project, which begins with the story of Ada Lovelace. Zoe combines technology and art to tell stories which attract new audiences. (@zophilpott) 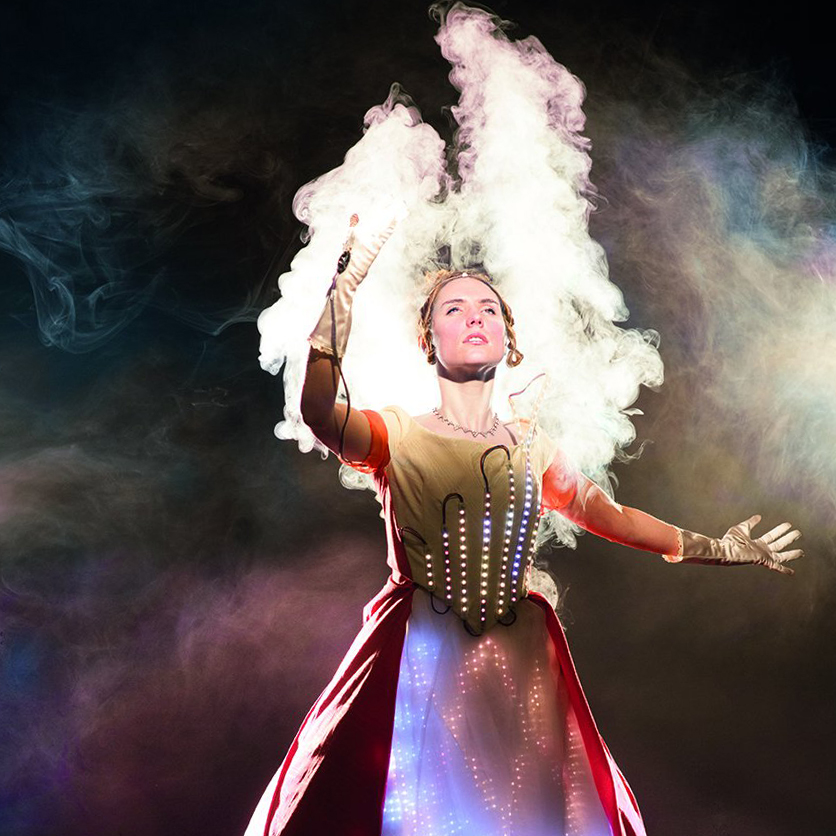