Intersections Between Art and Science in the Anthropocene. September, 2020 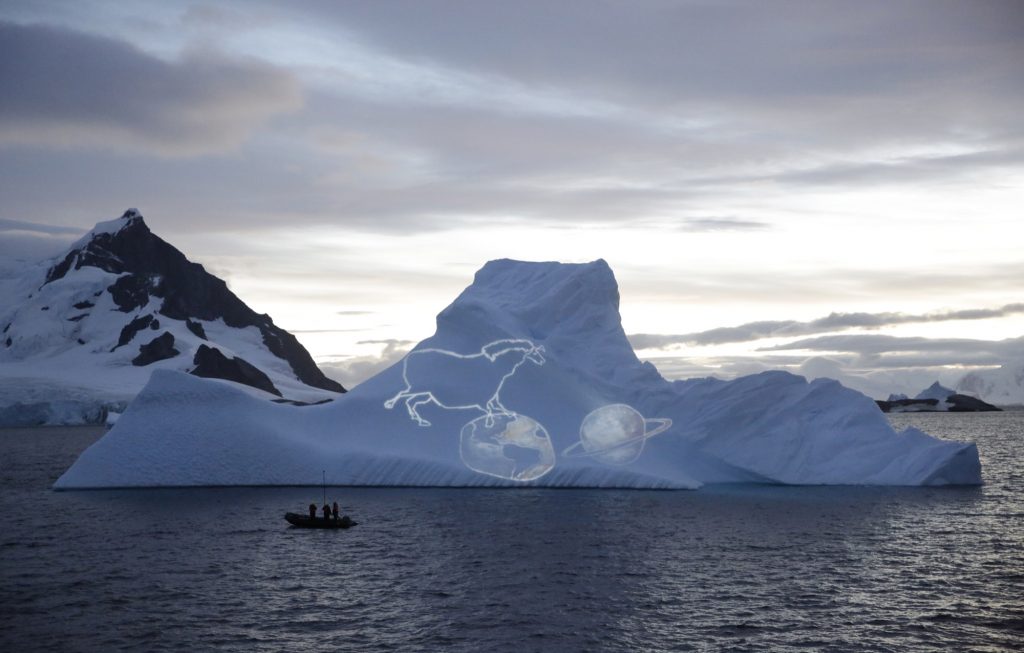 It’s Cold Out There, Alexis Anastasiou

Intersections Between Art and Science in the Anthropocene

First book published by Quo Artis proposed as an introduction to the interactions between art, science, technology and society in the context of the Anthropocene or Capitalocene, aimed at those who have interests in the possibilities offered by these connection spaces, such as researchers, artists, scientists, curators and cultural agents.

The term Anthropocene, coined by environmental chemist Paul Crutzen, by analogy with Holocene (geological time scale), refers to the impact of the human being on the planet to the point of becoming a new geological stage.

Faced with this concept, a community of theoreticians and scientists believe that we cannot reduce the issue of the Anthropocene only to the presence of human species on Earth, but to the capitalist system itself, based on the over-exploration of natural resources, so they have proposed the concept of the Capitalocene. Therefore, the shared responsibility derived from the notion of the Anthropocene would seem somewhat unfair, since not all human populations have generated the same impact. In fact, in relation to this last issue, there are those who affirm that, in reality, the term we should use is Oliganthropocene, remarking that the responsibility is concentrated on the major economic powers and their policies on the exploitation of natural resources.

In this sense, this book serves as a contemporary cartography, taking the following questions as motion vectors: What do artistic practices offer when approaching different areas of science? What kind of projects are produced through multidisciplinary teams? What ethical challenges may arise from these interactions? What is expected when working with technologies? Is it possible to work on alternatives in regards to the situation of the ecological debacle? What are the challenges we face as humans? How do the interactions between art, science and technology affect lifestyles? 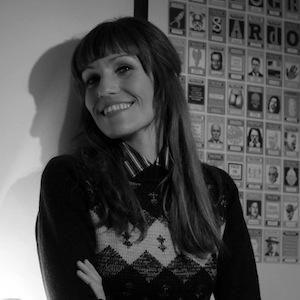 PhD. in Philosophy, researcher and independent curator. Her research connects philosophy, art(s) and technoscience. Currently, her work revolves around the practices of bio-art, bio-hacking, bio-resistance processes, civil biodesobedience, and non-human agents. She is a professor of Critical and Cultural Studies at Escola Massana. Centre d’Art i Disseny Barcelona (ES) and an external professor of Technology at Elisava. Escola Universitària de Disseny i Enginyeria de Barcelona (ES). She has worked as a coordinator at the Institute of Humanities in Barcelona at the CCCB. She has been a guest researcher at the Ars Electronica Center (AT)  and at the MACBA documentation center (ES) . She has also been invited to different international institutions, such as Interface Cultures Kunstuniersität Linz (AT), Sónar Festival (Bcn / Hong Kong), The Royal Academy of Arts (UK) or University of Puerto Rico. She currently collaborates in different research projects, both academic and autonomous. She has recently curated the exhibition A not so Natural Histoy at the Centre del Carme in Valencia (ES) and is director of the European project Biofriction. 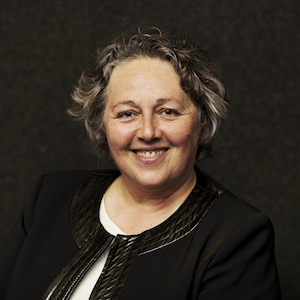 Rosi Braidotti, who holds Italian and Australian citizenship, received her MA degree from the Australian National University in Canberra and a doctorate in philosophy from the University of Paris Panthèon-Sorbonne. She has taught at Utrecht University in the Netherlands since 1988, when she was appointed as the founding Professor in Women’s Studies. In 1995 she became the founding Director of the Netherlands Research School of Women’s Studies, a position she held till 2005. She was the Founding Director of the Utrecht Centre for the Humanities till 2016 and is currently Distinguished University Professor at Utrecht University. She holds Honorary Degrees from the University of Helsinki, 2007, and Linköping University, 2013. In 2005 she received a Knighthood in the Order of the Netherlands Lion. Braidotti’s publications deal with continental philosophy, gender and feminist theories and the contemporary humanities from a posthumanist angle. Her books include: Nomadic Subjects (Columbia, 1994; 2011); Nomadic Theory (Columbia, 2011); Transpositions (Polity, 2006); The Posthuman (Polity, 2013) and Posthuman Knowledge (Polity, 2019). 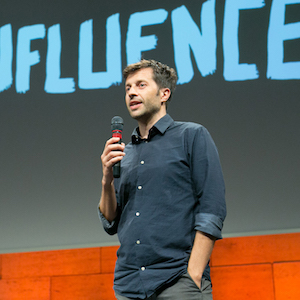 Barcelona-based curator, educator and researcher. Since the late 1990s he has been observing contemporary art, critical technologies, user cultures, grassroots politics, and the utopias and dystopias of a networked society. Together with artists Eva & Franco Mattes, he founded and curates The Influencers, a festival about unconventional art, guerrilla communication and radical entertainment held at the Center of Contemporary Culture of Barcelona since 2004. In the last few years he has been part of Masters & Servers (2014-2016) and The New Networked Normal (2017-2019), two European projects devoted to the evolution of art and critical digital cultures. In 2018 he co-curated the new Tentacular festival at Matadero Madrid. 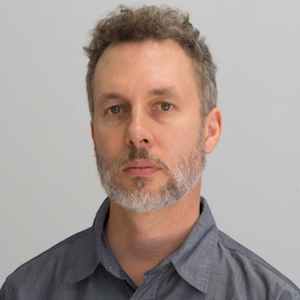 Curator, originally from New York. He is co-founder and co-director of Art Laboratory Berlin (ALB), a multiple award winning art and research platform in Berlin. De Lutz has curated over 40 exhibitions, including the series Time and Technology, Synaesthesia, [macro]biologies & [micro]biologies, and Nonhuman Subjectivities. His curatorial work focuses on the interface of art, science and technology in the 21st century, with special attention given to BioArt, DIY Science initiatives and facilitating collaborations between artists and scientists. He has published numerous articles in journals and books, including [macro]biologies & [micro]biologies. Art and the Biological Sublime in the 21st Century, which reflects theoretically on Art Laboratory Berlin’s 2013-15 program, and an introductory essay in Half Life. Machines/ Organisms, Artistic Positions in the context of Climate Change and Extinction (2018). 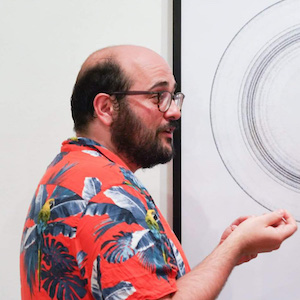 Artist/creative coder based in Linz and studying the Interface Cultures program. In the past years he has produced a variety of art projects and taught workshops mainly related to money, blockchain and surveillance. His works have been exhibited or produced at: SXSW (US), ZKM (DE), IAMAS(JP), CAC(CN), Ars Electronica (AT), WRO(pl), Piksel(NO), Radical Networks(US) 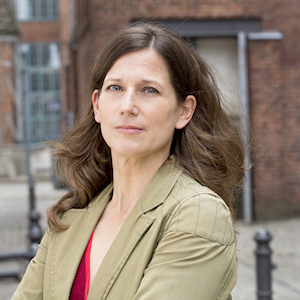 Art historian, curator and co-director of Art Laboratory Berlin (ALB), a multiple award winning art and research platform in Berlin. Her research focuses on art in the 20th and 21st century: Installation Art, Text and Image Theory, the Artist Book, and Art & Science Collaborations. As a research associate at Burg Giebichenstein Kunsthochschule Halle she taught art history. As co-founder of Art Laboratory Berlin (2006), she has curated and researched on more than 40 exhibition projects. In 2011 parallel to the exhibition Sol LeWitt. Artist’s Books, she conceived the international Sol LeWitt Symposium at Art Laboratory Berlin. Along with Christian de Lutz she developed the international conference Synaesthesia Discussing a Phenomenon in the Arts, Humanities and (Neuro) Science (2013). The Nonhuman Subjectivities (2016/17) and Nonhuman Agents (2017/18) series of exhibitions, performances, workshops, and an international conference reflected on Art and Science in the post-anthropocentric era. As a research associate at the Institute of Biotechnology of the TU Berlin, she is currently connecting Art & Science research in the project Mind the Fungi. 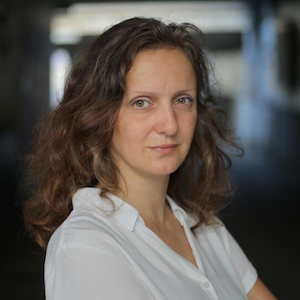 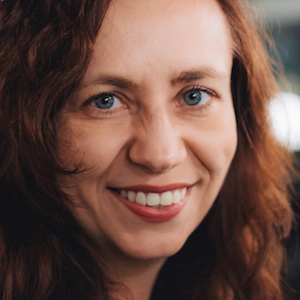 Professor of New Media and Communications at Goldsmiths, University of London. The author of numerous books – including The End of Man: A Feminist Counterapocalypse (University of Minnesota Press, 2018), Nonhuman Photography (MIT Press, 2017) and Minimal Ethics for the Anthropocene (Open Humanities Press, 2014) – she combines her philosophical writings with image-based art practice and curatorial work. Her current work explores the relationship between perception and cognition in relation to the recent developments in artificial intelligence and machine vision.