During the last years, the discourses around the loss of biodiversity and more sustainable production and consumption models have advanced widely in the fields of natural sciences, social sciences and new technologies. However, our actions individually and collectively are lagging behind.

Roots & Seeds XXI. Biodiversity Crisis and Plant Resistance is a cultural project that aims to establish bridges that help alleviate this delay. Through the creation of new imaginaries arising from the intersection of Art and Science, Roots & Seeds XXI and with the involvement of artists, economists and scientists, it will seek to promote practices that resonate with a wider audience. Throughout the two years that the project will last (until October 2022), we will produce events and activities that generate connections between artists, philosophers, botanists, activists, economists, designers and curators, with the intention of generating dialogues and charting new paths that place the plant world in the center. Understanding the plant world as an agent and not a resource, we will try to imagine new ways of relating to it.

The activities that we will develop (calls for art production, talks, publications, exhibitions, among others) will operate at the intersection of Art and Science, and with them we will promote habits that directly affect the crisis of plant biodiversity. A crisis whose causes and ramifications are impossible to address without transcending the borders that divide the areas of knowledge with which we have been operating for years.

Roots & Seeds XXI. Biodiversity Crisis and Plant Resistance is a European cooperation project, led by Quo Artis and developed in collaboration with the Ars Electronica (Austria), the Leonardo / Olats Art and Science Observatory (France) and the University of Barcelona with the collaboration of the Botanical Institute of Barcelona. 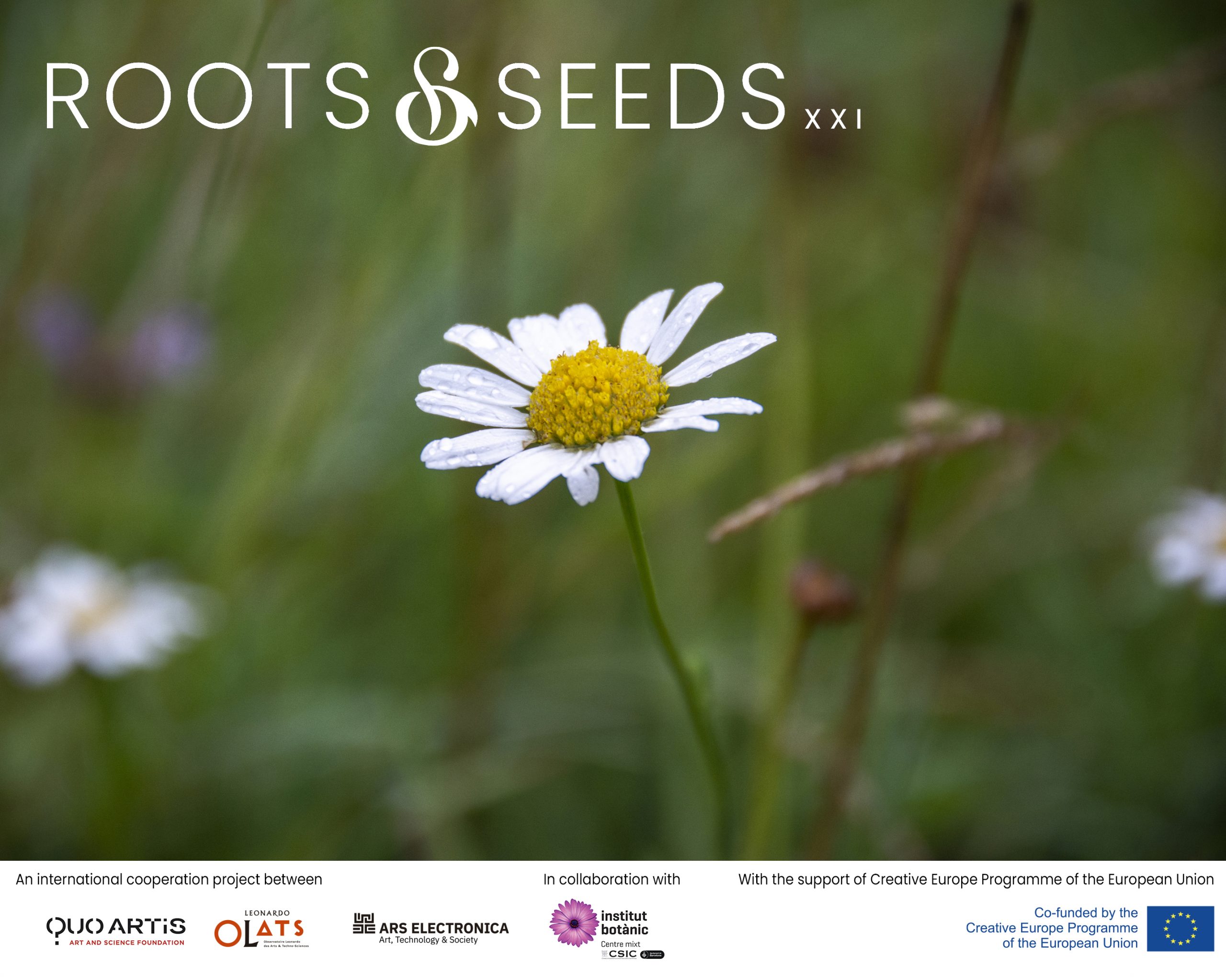 With the support of Cretive Europe Programme of the European Union

Download the Dossier (PDF)July 15-16, 2021. Event by invitationFerran Sodevil Garden, University of Barcelona.Roots & Seeds XXI. Biodiversity Crisis and Plant Resistance is committed to raising public awareness of this crisis, analyzing its causes and disseminating knowledge about the world of plants.